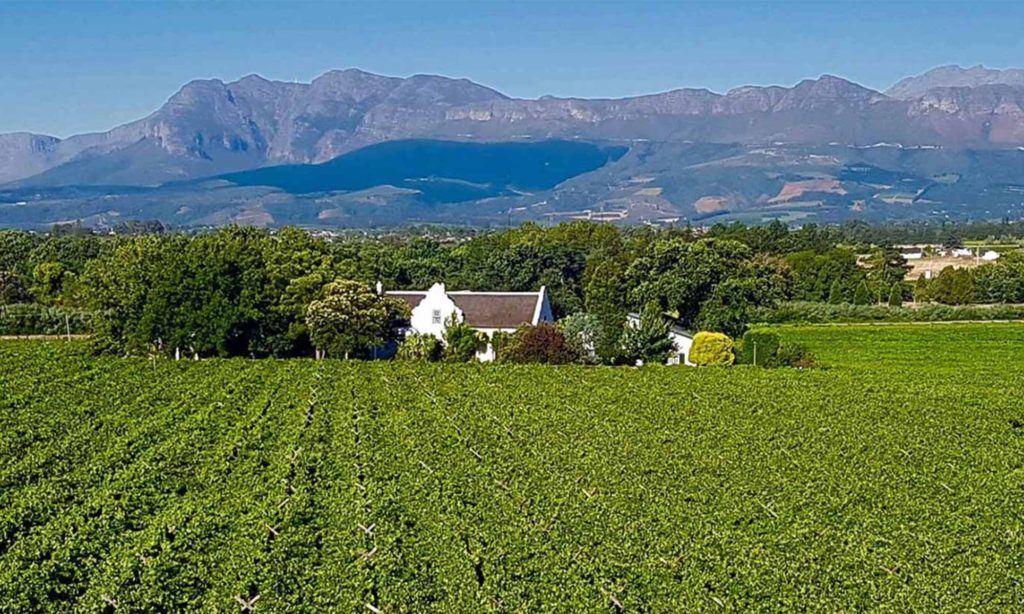 The Hoekstra Group has become a household name in the South African table grape industry and is known for selling a premium brand and being at the forefront of cultivar innovation.  Maleen Hoekstra was appointed Hoekstra Group’s new CEO when her father passed away in January 2022.

Over the years she has developed an extensive knowledge of the industry.  She played a leading role in the deregulation of the South African fruit industry by providing input for the Basson Committee (1989), the Kassier Commission (1991/2) and a parliamentary committee that prepared the way for the new Marketing of Agricultural Products Act of 1996.

At the time there was no blueprint for grower-exporters.  Maleen was one of the founder members of Independent Fruit Growers and Exporters, which was established in 1993 to try and fill this gap.  She also realised that the company would need to build a dedicated coldstore to manage their future exports. Noord-Agter Paarl Koelkamers (NAPK) became the first producer-owned coldstore in the industry.

She established Hoekstra Sales in 1996 and the following year Hoekstra Fruit Farms was among the first independent growers to receive a permit to export 100,000 cartons of grapes.

Maleen realised that to become an effective player in the export market, it would be necessary for the Hoekstra brand to be present on the European market throughout the South African marketing season.  To this end, Maleen approached two growers in 1998, one from the Northern Cape and the other from the Hex River Valley, and offered to export a portion of their crop. This increased Hoekstra Sales’ total exports to one million cartons. 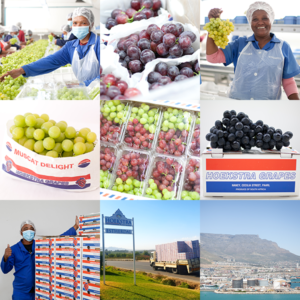 Hoekstra Fruit Exporters is one of South Africa’s leading grower-exporter companies. It is 100% owned by the Hoekstra Family Trust and exports all the grapes grown by Hoekstra Fruit Farms.  Our grapes are produced by 14 table grape farms on the slopes of Paarl Mountain in the heart of the Cape Winelands. The areas under cultivation cover approximately 350 hectares.

The quality of our grapes rests on years of experience in growing table grapes for the export market, selecting grape varieties that match each farm’s soil profile and microclimate and handpicking the best farm managers and workers.

Hoekstra Fruit Exporters export a variety of white, red and black grapes of both seedless and seeded grape varieties. We are known for growing and marketing grapes with an exceptional eating quality.

The Hoekstra brand has been developed over more than four decades and is sold by a select group of importers.  Hoekstra Grapes is known throughout the European market as a premium brand. Sunshine Grapes shares the same production platform as Hoekstra Grapes and is marketed in southern Africa and alternative markets in the Middle East and South East Asia.

All our grapes are exported from our dedicated Hoekstra coldstore, Noord-Agter Paarl Koelkamers (NAPK).

Our marketing season starts in mid-December and ends in mid-March. 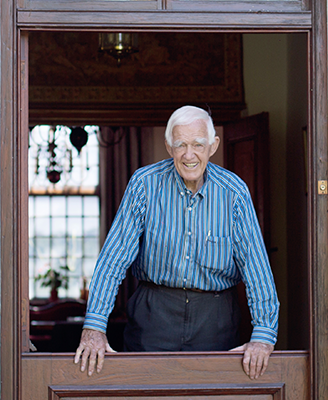 In an interview with Fresh Plaza in 2020, Aat Hoekstra described his career as

Aat Hoekstra was born in Gravenzande, the Netherlands in 1930 and emigrated to South Africa in 1950.  He settled in Paarl and under the mentorship of Jan Kirsten, one of the most successful table grape producers at the time, bought the farm Nancy in 1953.  He started out by growing cut flowers while developing Nancy as a table grape farm.  Today Hoekstra Fruit Farms has 14 farming units in its portfolio.

In the early years, South African fruit exports were regulated through a single channel marketing system controlled by the Deciduous Fruit Board.  Aat Hoekstra was never in favour of the system.  When he realised melons were not classified as a fruit but as a vegetable and therefore not subject to the legislation, he decided to grow and export melons. He created the Hoekstra Super Melons brand in 1968 and started to export melons to the United Kingdom and later to continental Europe.

The marketing and logistical network developed through this initiative proved invaluable when the table grape industry was deregulated in 1996.  Hoekstra Super Grapes (today, Hoekstra Grapes) was added to the Hoekstra Super Melons brand.

Aat Hoekstra had life-long interest in improving table grape varieties to enhance consumers’ eating and taste experience.  During his career he tested and commercialised a number of new cultivars. Through a joint venture with the Volcani Research Organisation in Israel, the Hoekstra Group has tested and evaluated more than 120 new cultivars on the Hoekstra farms.  Prime Seedless and Starlight are among the most successful cultivars in South Africa.

THIS IS HOEKSTRA GRAPES – Hand Crafted From Nature’s Abundance